The mission of the Fannin County District Attorney is not to convict, but to see that justice is done (Art 2.01 of the Code of Criminal Procedure). Nothing is more important to the attorneys and staff of your District Attorney’s Office, and all year long we proudly strive to serve the citizens of Fannin County efficiently and effectively.

This past year four hundred twenty-seven (427) felony cases which had previously been filed and accepted for prosecution and then indicted were disposed of either by trial or agreed pleas. During that same period, three hundred seventy-five (375) new felony cases were indicted by two (2) Fannin County Grand Juries. Your District Attorney’s Office continues to keep ahead of the ever-increasing work load of both felony and misdemeanor cases by reducing the backlog of pending cases and in particular those cases where the defendants are being held in our jail at taxpayers’ expense while awaiting trial.

Eight (8) juries were impaneled, heard evidence and made hard decisions. Twenty-four (24) criminal charges were disposed of by those Fannin County juries. Three (3) of those cases against defendants resulted in acquittal. Four (4) charges resulted in a hung jury when a unanimous decision could not be agreed upon. The following month those charges were retried by our office to a new Fannin County jury, and that jury found the defendant guilty of all four (4) charges.

Of the 24 charges brought before a Fannin County jury, 13 involved sexual assault or sexual contact and indecency. In 12 of those charges the victim was a child and in one an adult victim. Seven (7) cases involved assaults and/or serious bodily injury. Two (2) were either capital murder or murder which included a finding of deadly weapon.

The longest jury trial last year lasted two weeks and surprisingly it was not the capital murder/murder case which was concluded in 10 days. The most severe sentence imposed was “life without parole” and the lightest sentence was a “fine only”.

Two Grand Juries worked six months each and heard a combined case load of 381 cases. The results for the year were 375 indictments, 5 no bills, and 1 case held over for 90 days to consider additional evidence. The 375 indictments in 2014 was an increase of 39 cases over the 2013 total of 336.

Not all cases—either misdemeanors or felonies—filed by law enforcement are accepted for prosecution. If a case filed by law enforcement is not accepted for prosecution, it is either sent back to the filing agency for specific information if further consideration is requested or anticipated or the case may be rejected with a detailed explanation as to each reason the case was rejected.

In the case of a “no bill” by a Grand Jury, no reason is given by them for their action in not returning an indictment.

Cost – we are all interested in the efficient use of our hard-earned tax dollars. The auditor’s report on January 5 indicated that our office went over budget $9,191. I’m not sure we could have done much better when you consider that our original budget was not increased by the amount suggested, and we were responsible for prosecuting the first triple murder in Fannin County in recent memory. In fact, witness expense was reduced by $1,000 from fiscal year 2011 even after it was pointed out that the capital murder trial would most certainly add to our usual expenses.

I hope this year in review of your District Attorney’s Office has been helpful and informative so that you may have a better understanding about what it is that we do. We appreciate your support and understanding. 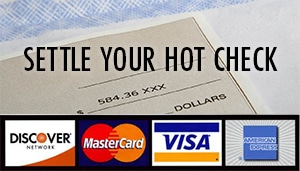